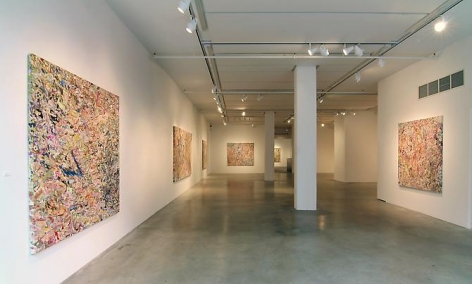 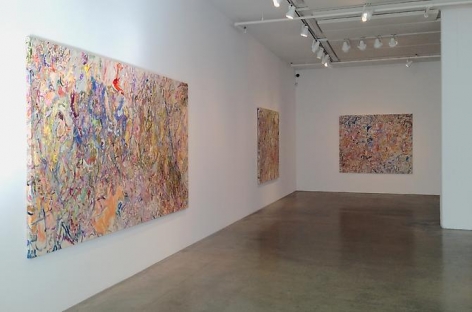 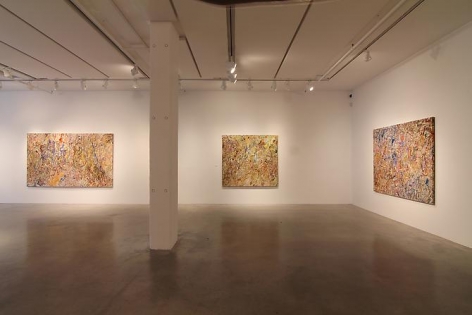 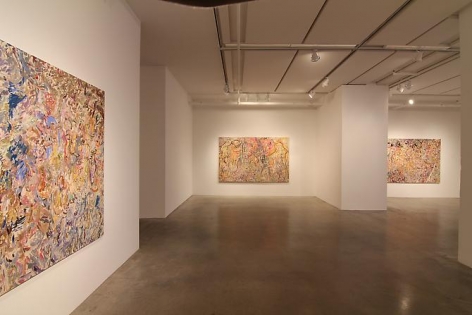 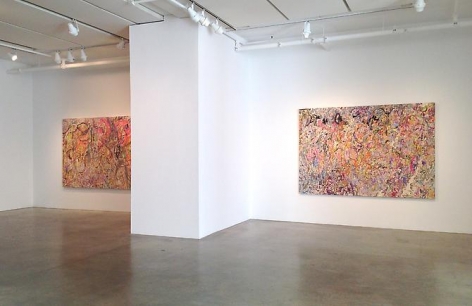 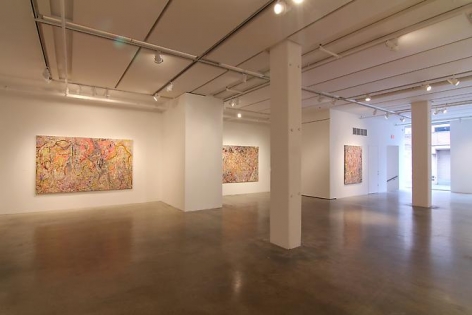 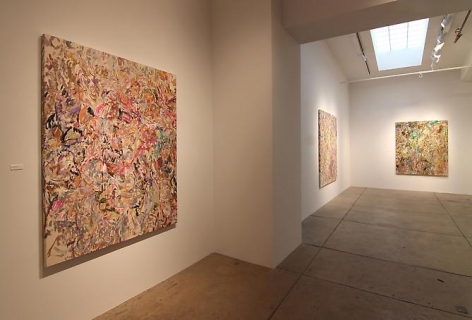 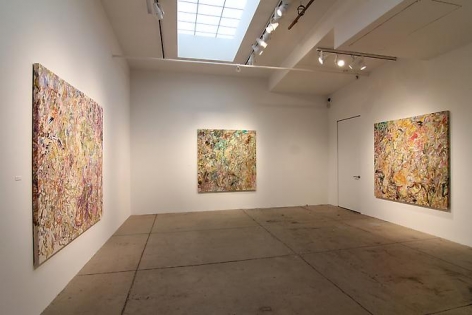 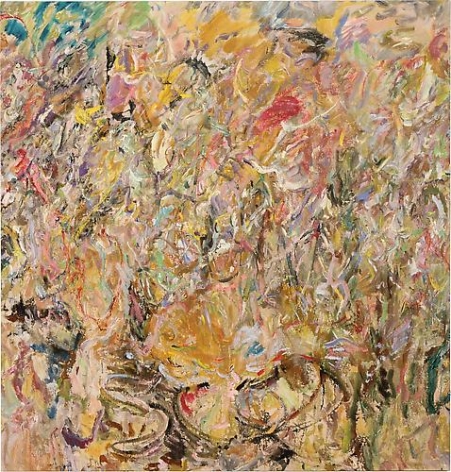 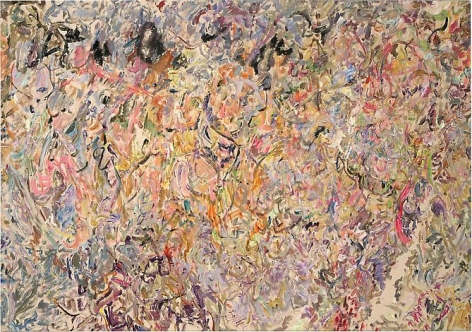 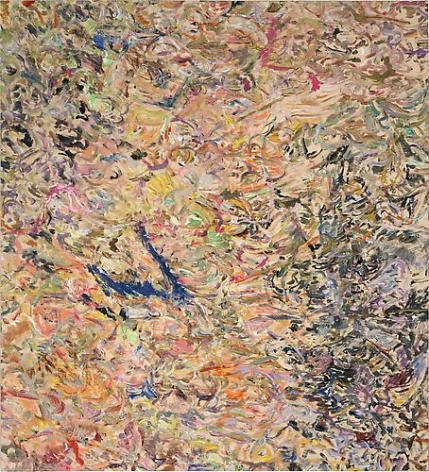 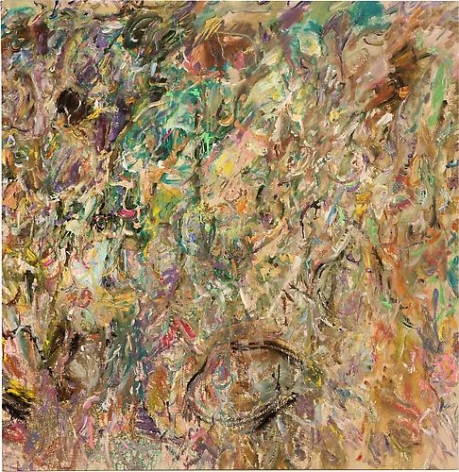 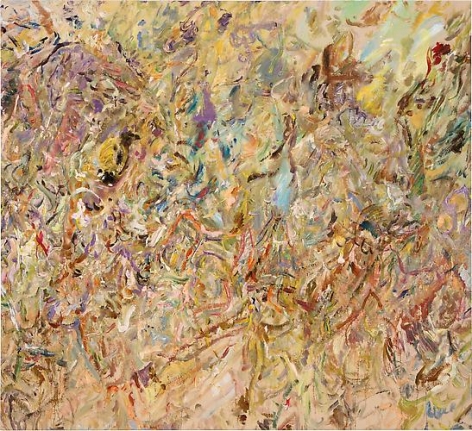 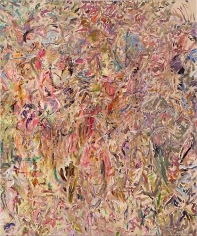 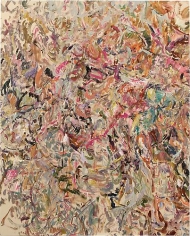 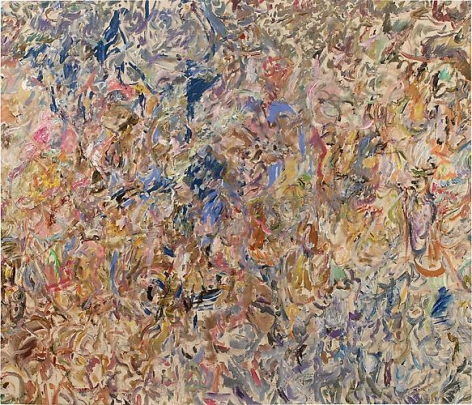 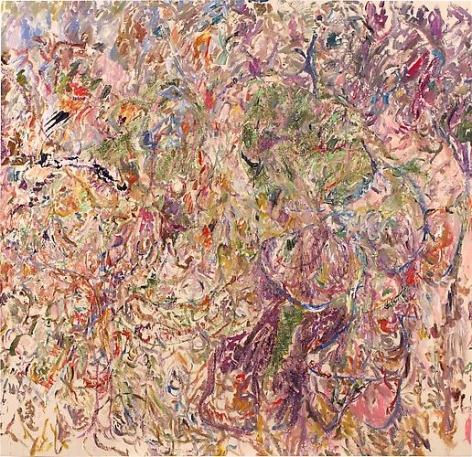 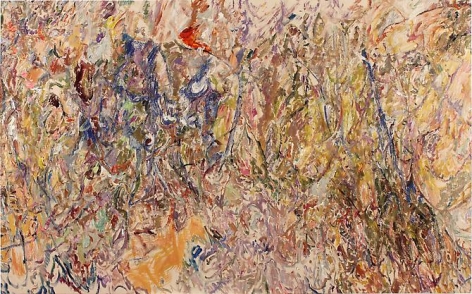 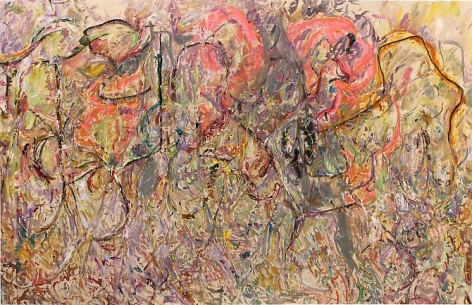 "Larry Poons's lively and vivacious recent abstractions further enrich the latest chapter of a remarkable career predicated on color and light."(1) Poons creates a visual and emotional environment ripe with gesture, raw energy and improvisation. The relentless Dionysian surge of color against color is tempered by a deeply considered meditation on the nature of art and being.
As Robert Pincus-Witten observed, accumulating "freshly-made gestures or suddenly-discovered past ones, Poons instrumentalizes chance (the very hallmark of Abstract Expressionist painting) as he moves along the canvas.…the painting oscillates back and forth from the local to the universal." Traces of remembered landscape and distant figures surge and then withdraw into "small energetic registers of cascading strokes." (2) Intensely individual and intimate, each definitive brushstroke becomes a part of the whole – the short and frenetic, the calm and the considered, the bold edge of confidence – an arena of action tamed by the sublime.
Larry Poons was born in 1937 and grew up in New York. In 1955, he attended the New England Conservatory of Music, and two years later transferred to the Museum of Fine Arts, Boston. He was given his first one-man exhibition in 1963 at Richard Bellamy’s famed Green Gallery, and in 1965 his work was included in MoMA’s celebrated exhibition, The Responsive Eye. In 1969, Poons was the youngest artist featured in curator Henry Geldzahler’s landmark survey, New York Painting and Sculpture, 1940-1970. In 1981 the MFA Boston organized an exhibition of his paintings from the 1970s. The work of Larry Poons is included in major museum and private collections throughout the United States and abroad. He currently lives and works in New York.
-----------------
(1) Phyllis Tuchman, 2014.
(2) Pincus-Witten, Robert. "Larry Poons." New York: Danese, 2009.